Abuse of A Vulnerable Adult – out of anger and as fulfillment of his expressed threats that he is at  “war” with me, that he will “destroy” me, and that “misery” is what I deserved,  Arthur has forced me to live in poverty in an unfit, unsafe and dangerous place.  Arthur is my husband. He controls 100% of our finances.  He uses this absolute control to abuse me physically and emotionally. 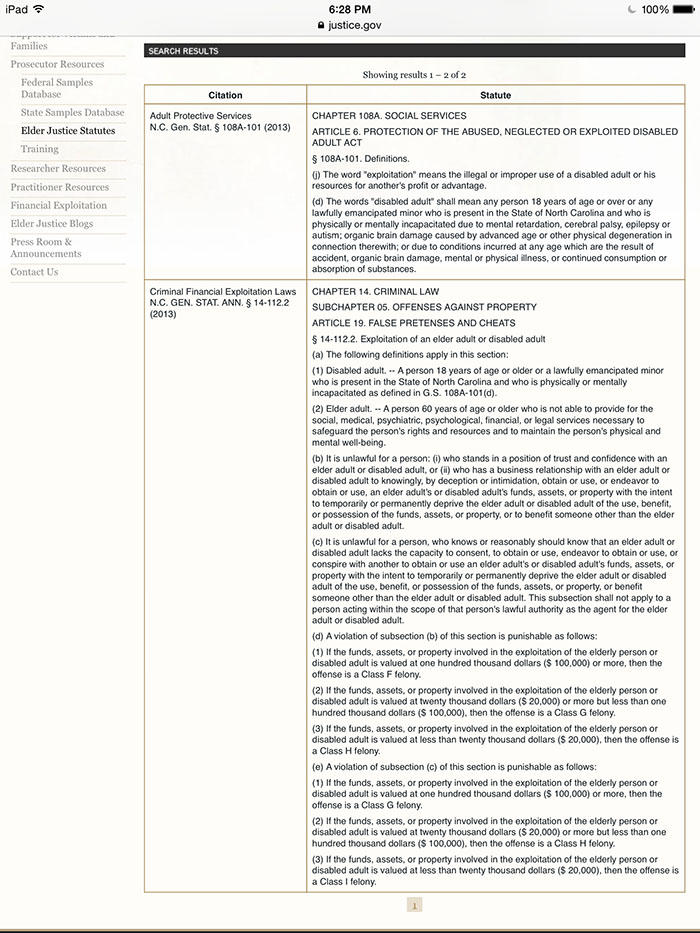 Arthur said repeatedly that he would destroy me, destroy my life if I ever spoke about his years of illegal, unethical and immoral conduct.  And that is what he has been allowed to do, for years.

Arthur forced me to live in this dwelling which he knows is unfit, unsafe and well below the level of poverty, and forced  me to care for the eight horses (a stallion and 7 mares) on this property that does not have the proper facilities for horses.  Arthur dumped all of our horses here on December 7, 2014 and essentially said,

“This is how I [Arthur] will act on the threats I’ve made to you over the years.  I will destroy you, I am at war with you. You crossed a line when you talked to the Air Force about me.  I [Arthur] will leave  you with 19 Dobermans that you can not sell without my legal authority,  which you will never give you.   I will hide from Service of Process for a  year, and my buddies in the US Air Force will help me do so.  As a result, you [Elaine] will have to keep all 19 Dobermans and all the horses for at lest a year, until I  come out of hiding and file for divorce. Until then, I will hide from Service of Process, and my buddies in the US military will help me  hide from Service of Process. As a result, you [Elaine] will not be able to get the legal authority  to sell or even place the Dobermans.  And you will not be able to move because I will never ever ever allow you to have enough money to move. You will be stuck living in poverty, the hell hole that I [Arthur] demand you live,  making the choice between whether you eat or the animals eat, because I will not give you enough money for both.  You will work kike a farm hand sun up to sun down, seven days week, with no days off, no break, not ever and you will stay in that horrific house, with no heat in the winter and no air conditioning in the summer, in filth and unbearable agony, watching the animals slowly starve to death,  because I have absolute power and control over you Elaine, and “misery” is what you deserver for blowing the whistle on me”

All of these 19 Dobermans and eight horses are now in your ‘Care and Custody.’  You will go to jail for felony animal abuse if you do not provide for them. And I will sue you for illegally disposing of community assets  No one will care if you starve to death or are killed trying to provide for the Logres Farm animal.  The world will only see ANIMAL ABUSE if you fail.  And they will blame you [Elaine] and not me, because I [Arthur] will be gone, with my $700,000  a year job, my free county club membership and my wife #3.  You will not even be allowed to know where I am ever again. I could be anywhere.  The world will not care if you are disabled, or if you have no money or if you starve to death.  The minute  I abandon all of the Logres Farm animals to you,  you Elaine are guilty of a felony if you do not provide for them.”

So, I lived in hell, while Arthur lived in luxury. I borrowed thousands and thousands of dollars to keep the Logres Farm animals alive.

Arthur (a.k.a.  Dr Arthur Greenwood, or USAF Maj. Arthur Greenwood)  knows to the penny what these animals need and what it costs to keep them healthy. He also knows that there is no market for starving horses, and that they will end up in killer auctions. He knows the emotional damage to dogs, that do not have enough one-on-one time when they are young. Arthur knew he had signed about 40 contracts with dogs bred and sold by his business Logres Farm, that obligated him to be involved in medical care and other health and training decisions for the Logres Farm dogs.  Those obligations did not just disappear because Arthur decided to hide from Service of Process. Arthur did not care about any of his obligations or responsibilities to the Logres Farm animals.

Arthur knows to the penny what it costs to provide food, shelter, vet care, training, farrier care,  emergency vet care and  other necessities for these assets of his Logres Farm business because he has deducted these expenses from his Federal Income Taxes every year since 2003.

Here is an example of the costs of caring for the Logres Farm animals.

There is no question that the United States Air Force knew that Arthur had abandoned me and the Logres Farm Animals on January 9, 2015. when Arthur refused to arrange for food for the Logres Farm animals, in the midst of the coldest winter on record in North Carolina, all while Arthur knows that “his horses” have NO shelter of any kind, and no way to get out of freezing rain and snow.

Spousal Abuse – years of physical and emotional abuse, threats. neglect of my basic health care (medical an dental) needs, while Arthur Greenwood lived in luxury in a second home he insisted we have, where Arthur was partying, committing adultery, his weight ballooned to 300 lbs.

Arthur John Greenwood  has as never gone without medical or dental care, and all while Arthur was moonlighting illegally,  which put thousands of North Carolina civilian patients lives at risk, and while Arthur was spending all of our money, well over a million dollars on his Logres Farm business goals.

Domestic Violence: throwing things at me, threats of violence, which escalated to pushing and then shoving me in to walls, doors, throwing me down a flight of stair and throwing me to the  ground. over half a dozen emergency room trips since 2005.